Need Help? We are here to meet your needs!

Jeannette Huber joined the Alsip Park District team in 2004 as the Superintendent of Recreation.  In 2005 she assumed the duties as Interim Director of Parks and Recreation and later officially accepted this position where she remains today.  She attended Culver-Stockton College where she obtained her Bachelor of Science Degree in Recreation Management.  She went on to receive her Masters Degree in Recreation, Park and Tourism Administration from Western Illinois University.  Jeannette along with her husband Mike live in Alsip with their three children; Matthew, Mikey and Mackenzie.  They are very active with their family in Alsip and also volunteer for park and recreation initiatives throughout the state. 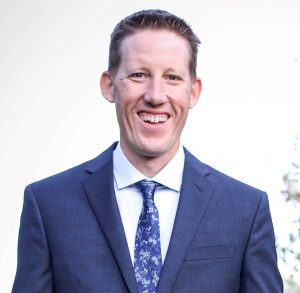 Greg Hooper joined the Alsip Park District team in 2014. Prior to Alsip, he served in full time roles at park districts in Lombard, Medinah, and Berwyn. He attended Western Illinois University and holds a Bachelor of Science Degree in Recreation, Park and Tourism Administration. He is an avid cyclist, drummer and lover of Chicago Sports.  He also makes a great fruit salad! Greg, along with his wife Robin and their three children Joey, Emmy and Holly love spending time together in the outdoors and are very active in park district activities throughout the year. 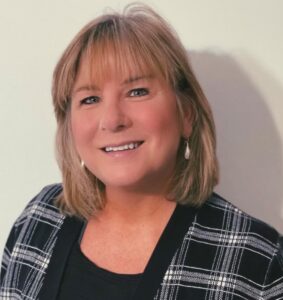 Daren was born and raised in Alsip.  He likes Chocolate.

Rich Gottardo joined the Alsip Park District team in 2003 as the General Manager of the Fountain Hills Golf Club. His prior work experience was with the Jemsek family, owners of Cog Hill Country Club. Rich began his 30 years of golf course industry management at Cog Hill Country Club, Lemont, Illinois in 1990 as an Assistant Manager.  During this time, he also oversaw the outside food & beverage concession operations for the Western Open PGA golf tournament that was played at Cog Hill CC.  In 1999 he then went on to be the General Manager at the SummerGrove GC in Newnan, Georgia.  Rich enjoys the time that he gets to spend with his wife and son playing golf every chance they can find.

Danielle joined the Fountain Hills Golf Course staff in May of 2017.  She has been working in the hospitality industry for over 20 years.  She is also BASSET (Beverage, Alcohol Sellers & Server Education & Training) instructor and has been an instructor for over 15 years.  She currently lives in Oak Forest with her 4 children.

Leslie has  worked at the park district for thirty years. Her park district career started in 1989 as a part time building attendant. When the park district added on the new addition in 1996, she was promoted to the Fitness Manager of our brand new fitness center. In 2008, Leslie was again given the opportunity to take on the Aquatic Manager position along with her Fitness Manager duties. Leslie has two adult children and two grand kids. She enjoys exercising and many outdoor activities. Leslie states that “I’m very happy I chose the recreation field and to be a “ Parkie” for life. I am proud to be working with such a dedicated and creative team.”

Charles Somerville joined the Alsip Park District team in July of 2021 as the Athletic Supervisor. Prior to Alsip, Chuck spent some time in higher education as well at the YMCA. He attended Western Illinois University where he earns a Bachelor of Science degree in Recreation, Parks, and Tourism Administration. Chuck has three little ones and a passion in music and movies. Chuck is excited to provide programming that will challenge individuals as much as provide enjoyment. “It has always been a dream of mine to join the park district team”.

Denise has been a full time employee of the Alsip Park District since 2001. She began as a front office worker and currently is a Recreation Supervisor overseeing special events, adult programs, trips, volunteer recruitment, and sponsorship solicitation. Denise designs the seasonal program brochures and various marketing materials throughout the year. As an Alsip resident and mother of two, she strives to engage the community by stressing the importance of family, recreation, and good old fashioned play!

Rebecca joined the Alsip Park District in June of 2019 as a Recreation Supervisor overseeing youth programs including, Preschool and Early Childhood Programs, Summer Day Camp, Before/After School Program, Dance Program and Youth Enrichment Programs. She obtained her Bachelor of Science Degree from DePaul University in Elementary Education.  She then went on and worked for a local nonprofit overseeing youth programs for over 12 years. She is excited to join the Alsip Park District Team and work with the Alsip Community!

Donna began her career at the Alsip Park District in 2003 working in the Women’s Circuit Center. In 2007, she changed positions moving to the front office and being a part-time office support staff, she was promoted to her current full-time position as Office Manager in 2016. She has resided in Alsip for over 30 years.

Erica began as a Building Attendant at the Alsip Park District in 1994.  Through out her career here, she has held positions as the Piano Instructor and Play and Learn Class instructor.  In 2008, she became a part time Office Support Staff member which was transitioned to full time member in 2019.  Erica grew up in Alsip and is a proud member of Alsip community to this day! 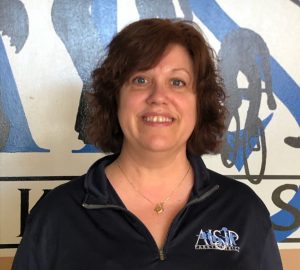